Here you can find our top tips for planning your visit to the Château de Maisons !

> Guided tours
At weekends all year round.
Guided tours of the Grand Apartments at 2.30 p.m.
Come and discover the Château's stunning reception rooms, the Grand Apartments. These rooms bear the hallmarks of the passing of time and signs of the many previous owners over two centuries, including René de Longueil, Count Charles Philippe d'Artois, the future King Charles X, Marshal Jean Lannes and Jacques Laffitte.
Price: included in the Château admission fee.

> Behind the scenes tours
Visit the parts of the Château de Maisons usually closed to the public. Who between Madeleine de Longueil, Count d'Artois' steward or Albine Laffitte's butler will show you around the private areas of the Château, from the hidden parts used by the people whose job it was to clean the place and serve the lords and ladies of the house to the Grand Apartments?

Sunday Tour of the Attic Rooms
François Mansart did not invent attic rooms or the ‘mansard roof’, but these typical French-style attics are named after the brilliant architect in his native language (‘mansardes’) as he maximised the space under the eaves. The Château de Maisons is one of the best examples of this architecture. Get a behind-the-scenes look at these spaces usually closed to the public. Climb into the hidden structures of the Château!

The château in a different light, the State apartments, the hidden staircases, discover a dizzying view of the grand staircase from the top of the dome, access to the bedchambers and many other secrets that will be revealed.

> Private tours
Birthday party in the Château's kitchens.
Book directly with the Château.

> Accessibility
The monument is accessible to people with all disabilities except the Physically Impaired. 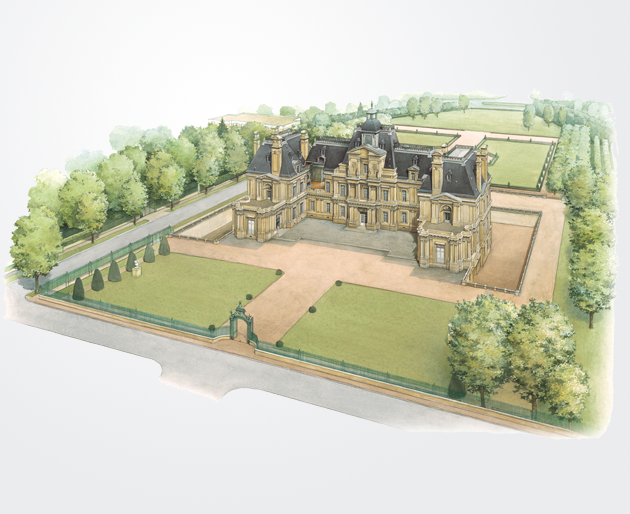 By pursuing your navigation(browsing) on this site, you accept the use of cookies.